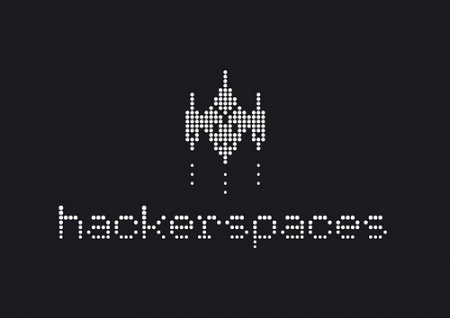 Is Robot Launchpad an accelerator or a hackerspace? Both. Right now we’re testing the viability of opening a robot hackerspace. Theoretically, this makes a lot of sense. I believe that the hackerspace and maker movement are fueling a resurgence of growth in hardware startups. Chris Anderson’s new book  Makers: The New Industrial Revolution, argues that we are seeing the third wave of the industrial revolution which started back in the 18th century.

…What we’re seeing here with the third industrial revolution is the combination of the two [technology and manufacturing]. It’s the computer meets manufacturing, and it’s at everybody’s desktop.”

This is a logical extension of Anderson’s 2004 book,  The Long Tail, which applied Mandelbrot’s statistical long tail distributions to the worlds of web commerce and manufacturing. Anderson deftly combined Clay Shirky’s 2003 observations that most websites were link poor, following a power law distribution [Power Laws, Weblogs and Inequality] and the observations of researchers, [Brynjolfsson, Yu and Smith 2003] who found that Amazon’s major book sales revenue came from providing small quantities of hard to find books for niche markets, rather than from its ability to undercut traditional brick and mortar bookshops by price lowering popular books.

Although cooperatives and microfinance are far from new concepts, the last decade has seen many online experiments in crowdsourcing finance, with initial success stories like Marillion, ArtistShare, Sellaband, Electric Eel Shock, fundavlog and Jason Kottke, occurring primarily in music and the arts. This was followed by the emergence of Kiva in 2005, and the rise of the ‘multipurpose’ crowdfunding site like IndieGoGo and CreateAFund (noGoFundMe) in 2008, and Kickstarter in 2009.

There are now dozens of crowdfunding sites and the popularity of hardware projects like 3D printers, robots, smartphone connected devices, internet enabled things has generated a small tsunami of press coverage, all talking about a crowdfunding led renaissance in hardware startups. WRONG! Or atleast incomplete. Our cultural habit is to mythologize the lone inventor, the individual, the artist, the entrepreneur. We frequently fail to consider the team or community environment. It may be more accurate to talk about how crowdfunding sites harvest the ripe fruit from the maker/hacker movement.

Creative tinkering has always been popular, as TV shows “How it’s Made” (2001) and “Mythbusters” (2002) demonstrate. But turning tinkering into a recognizable movement has had other tipping points, notably Make Magazine and the hackerspace movement. Make Magazine launched in 2005 and the first Maker Faire was held in 2006. Paul Bohm started Metalab in 2006 and then helped get the hackerspaces.org community started in 2007. Tech Shop opened its first location in 2006. There are now 6 TechShop locations across the US, with more planned for 2013. There are currently an estimated 700 to 1,100 active hackerspaces across the globe.

While there are no hard figures on how many successful startups or crowdfunding projects have come out of hackerspaces, I personally know of plenty. One of the most articulate of success stories has been that of David Lang and Eric Stackpole’s OpenROV, an open source underwater robot which recently raised over $110,000 on Kickstarter. David chronicled his journey “Zero to Maker” on Make Magazine, describing how in 2009 he turned sudden unemployment and zero maker skills into a crash course in how to make stuff and a partnership in the successful startup.

Some of our Robot Launchpad supporters wanted us to get a space, to incubate their startups, hold classes and generally hack robots. I thought that was a great idea but also maybe not high in priority, given the likely amount of effort involved. I hate saying “no” though, so using lean these days, I say “let’s test” instead. Is there enough interest in having a robot hackerspace for us to make it happen? Is there enough interest for other people to make it happen? How do we test? I started a meetup. I didn’t publicize it. *

“Do you love building robots or want somewhere for your kids to learn robotics? Do you love Maker Faire but hate driving around the Bay Area for techshops, hacker dojos, cowork spaces and other workshops?”

What was the result? Only a few people showed up to our meetup, but they were passionate about wanting a robot hackerspace. In a very short space of time, we’ve moved from meetup to grant application with solid partnerships with local council and major research laboratories. Looks like we might open our doors in a few short months. All the stakeholders believe that a hackerspace operates as an accelerator for innovation; recruits and retains talent for robotics and engineering generally; and promotes STEM curricula (science, technology, engineering and math) to the whole community.

It makes good theoretical sense to use a hackerspace as part of an accelerator. Incubators and accelerators are constantly evolving from models that provide premises, training and funding, that may or may not be part of a larger organization, to models that provide nothing but a cooperative community sharing resources.  Some take equity, some ask for rent. Some take cuts at both ends. Some have sliding payment scales and operate in tranches, others have fixed programs. There are a lot of variations and not all accelerators/incubators deliver value. I’ve tracked more than 200 and put the list on our Robot Launchpad directory. It’s the most comprehensive list I could find anywhere.

Imagine how enormous the list will be with 1000+ hackerspaces added! DIY acceleration.

* I’ll add that the very first thing I did was ask existing organizations (like TechShop) if they were interested in expanding out our way. More efficient that way, even if less fun!