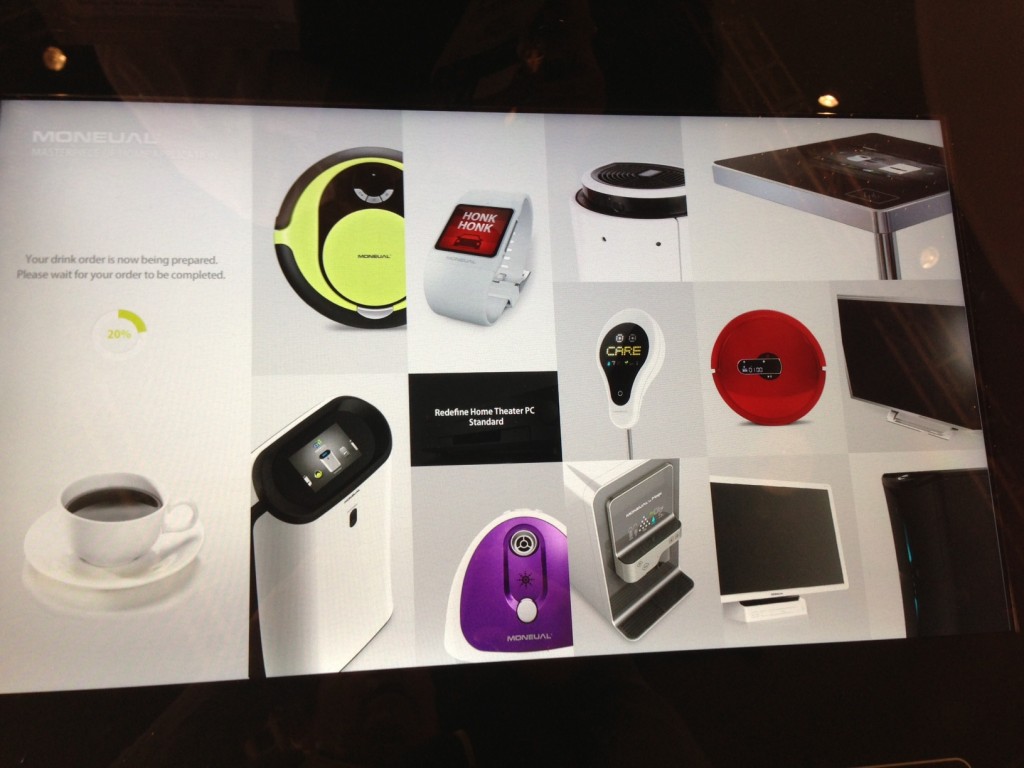 Robotics is still the picture rather than the story at International CES, the largest innovation and consumer electronics display in the world. When CNET’s Next Big Thing panel discussed “What is the post mobile future?” the showreel used pictures of robots to illustrate themes of connectivity, internet of things, and sensor data networks. All connected to smart devices. Cisco predicted that there’d be 1 trillion connected devices in the world in 2013.The post mobile future is actually more of a ‘plus mobile’ future.

Although there is a small robotics area at CES, the majority of robotics companies are spread across the entire show, depending on the market. The driverless cars, or assistive automotive technologies were creating a lot of buzz in the first few days and the smart money is on  the home and yard care robots, rather than the toys or telepresence robots, to make the strongest impression on the consumer market.

The other most exciting new industry is 3D printing or additive manufacturing, which many call a robotic technology. New manufacturing and prototyping techniques are already spawning a range of new products and services, both directly and indirectly. In general though, it’s the category creep that makes the strongest impression at CES. Many speakers in panels touched on the process whereby devices add functionality that ultimately change their core use case category.

CEA, the Consumer Electronic Association, tracks 8 categories at CES, in descending market share order; Information Technology, Communication Devices, Video Technology, Electronic Gaming, CE Accessories & Media, Automotive Electronics, Audio Technology and Home Technology. The categories which have grown most over the last 5 years are IT and communication devices, with a comparative decline in gaming and video. This is in large part due to the rise of the mobile multipurpose (communication) device aka the smartphone.

While consumer robotics is still just a fraction of the robotics industry, the overall CE industry is growing. Sales in the US are projected to grow 2.7% in 2013 to $206.9 billion. The global forecast is for more than $1 trillion in global consumer technology spending. CES launched 20,000 new products, to 150,000+ attendees over 3 sprawling venues, in a tech showcase so large that you need golf carts and shuttle buses and a whole week to see it all. Only 59 companies identified as a “robotics”.

But keeping a sense of proportion, CES is not the biggest circus in Las Vegas. The largest annual convention here is Cowboy Christmas which covers 4 convention centers and includes the Wrangler National Finals Rodeo. And the runner up is World of Concrete.