Loving your #startup to death 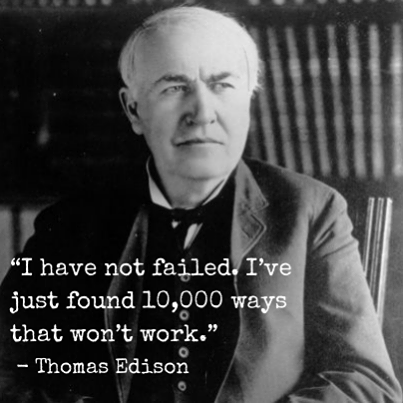 Some thoughts on Robot Launch 2014 and why startups should enter: The world may be a harsh critic, but most good ideas die because they are given too much love. You’re probably loving your startup or project to death right now, and your friends and family are supporting you. And the more time you spend working on your project, the more likely you are to kill it.

Something I hear myself say, and I also hear it from startups all the time, is; “I just need to fix this before you can get my idea”. Usually followed by some variation on “You just don’t understand the vision!”. As if it’s #perceptionfail on the part of the audience. It’s always a good idea at this point to take a step backwards and recognize that we’re learning valuable lessons here. Criticism is our real best friend. And yet we still #perceptionfail most of the time.

But if we ever get past the idea that our critic is a complete idiot who just doesn’t get it, or worse, is just trying to mess with us, then we’ll usually fall back to blaming #techfail or #communicationfail. And we’ll do it in the order that we see most chance of a solution. For most of us that means #techfail is to blame. Because #techfail is something we enjoy fixing.

Sometimes there is tech risk in a project that demands a lot of time building and fixing. The flip side of this risk is building something that no-one else wants at the end of the long and expensive process. Sometimes, we are just more comfortable fixing things. Who doesn’t like sitting in our own workspaces and stringing bits or soldering bots.

But if someone wants to take their idea from working in the lab to working in the real world, the sooner you test real interest the better. That means engaging deeply with your potential users. It’s rare that an idea is meant solely for the use of people that we already know. But many of us just aren’t comfortable engaging with people we don’t know. So we don’t do it. That’s when we need to find a team with complementary skills, or #techfail is really #teamfail.

There are some domains where we know what we know and we know what we don’t know. There are other domains where we just don’t have a clue. Unknown unknowns. Unfortunately #teamfail often happens when a startup doesn’t see the need for communicators on their team. Or they don’t value them highly. They just freelance a writer or videographer to polish things up for their crowd funding campaign. Usually that ends in #crowdfundfail which is blamed on the bad marketing team or #communicationfail.

You can’t polish a pig. #communicationfail is when you don’t have a story to tell. Not story as in fiction. Story as product/market fit ie. here are 100 people who have already paid money for the first versions of our product. And this is why they really really like it. At this point, the circular logic starts. How can I market something that isn’t built? How can I build something that doesn’t have a market? How can I tell if there’s a market when there’s nothing to show yet?

The secret of startup success is being the fastest to find out if people actually like what you’re building. Before you build too much. It’s called ‘getting out of the building’. It’s not easy. It’s not comfortable. There are reasons why people make a lot of mistakes doing it and lots of reasons why there are experts writing books about it. Are we listening? #communicationfail.

Grandma said “You’ve got two ears and one mouth for a reason”. We need to do less telling and more listening in the early startup stage. And still be ok with hearing a lot of people saying no to our idea. Hating on every part of it. Because if we can’t find other advocates for our ideas out in the wild, then they are never ever going to leave home and eventually we’re just going to smother them with love. And in the end, that’s the only #fail.

So ah… just go ahead and enter Robot Launch 2014  #robotlaunch 🙂