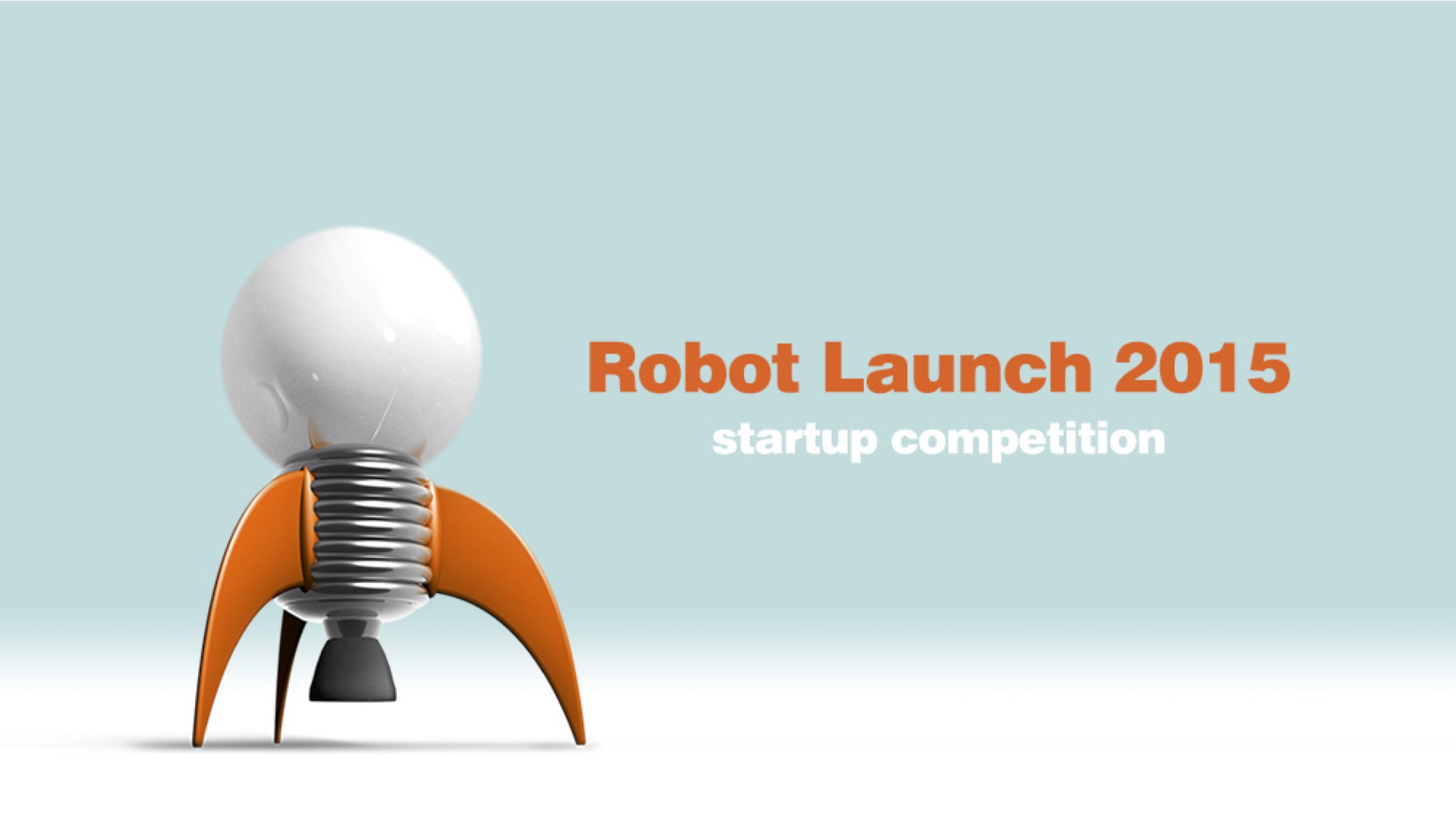 Show us your prototype! Sell us on your vision!

We are also looking for startups with software, sensors and components for robotics, that can be demonstrated on existing robot platforms.

Startups will be assessed by a team of experienced venture investors and robotics entrepreneurs, providing valuable feedback to everyone.

There is a prize pool of >$50,000 with grand prize of >$5,000 plus courtesy of our sponsors: Amazon, CSIRO, Clearpath Robotics, SMBC, Robolution Capital, The Olander Company, Krtkl, iRobot, LaBarge Weinstein, WilmerHale, QUTbluebox, Silicon Valley Robotics and Robohub. Startups that reach the second round will be showcased on Robohub for our Reader’s Favorite award.

To be eligible your startup must be <5 years old with <$2 million in funding to date. Applications consist of a 60 second video and a short questionnaire. The competition site is: http://robot2015.istart.org

SOME HIGHLIGHTS FROM LAST YEAR!

In February 2014, Robohub and Silicon Valley Robotics launched the first global startup competition for robotics. More than 75 startups from 19 countries entered the competition, with robotics innovations ranging from duct and floor cleaning robots, to educational robots, welding robots and even toy robot fish. Several rounds of judging culminated in a pitch session by the six finalists in front of a panel of live judges on May 20.

The grand winner for Robot Launch was Leka, a developer of intuitive and intelligent toys for children with autism. Their product, Moti, is a robotic ball that is sensitive to its environment, moves on its own and changes colours to emote feelings; autistic children learn to regulate their own emotions by playing with Moti. Robot Launch judges said they picked Leka as the Robot Launch Grand Winner because they were ready for market and could have an immediate impact on autistic children if their product were widely available.

“As Ultimate Champion, we won mentoring from experts,” said Leka CEO and Co-founder Ladislas de Toldi, who is hoping the prize will help bring Moti to market soon. “Thanks to the tests we have been running with children parents and caregivers [of autistic children], we have shown the relevance and usefulness of our robot. But we hadn’t crash tested our product. RobotLaunch [was] the perfect opportunity for us to challenge our robot and get feedback from real experts. The judges’ feedback really helped us to formalize our project.”

Duct Inspection Robot, by Robosoft Systems. Finalist in the Robot Launch 2014 startup competition, and winner of the Lean Startup Award.

The competition’s global reach gave startups from around the world a unique opportunity to network on level footing with investors and experts located in faraway technology hubs.

“[Robot Launch] was a platform to showcase our robots in Silicon valley – something nearly impossible for a startup based in India,” said Fahad Azad of Robosoft Systems, a startup that makes duct cleaning robots. Robosoft was a finalist in the competition, and took home one of the three Lean Startup Awards, alongside Odd I/O of Portland Oregon, and Tandemech Engineering of San Francisco. The Best European Startup Award went to DoBots, from the Netherlands, and the Grand Prize winner Leka is based in France.

Wigl, by Odd I/O. Finalist in the Robot Launch 2014 startup competition, and winner of the Lean Startup Award and the Indiegogo Crowdpleaser Award.

“The global competition elevated my own robot’s exposure and allowed me to learn more about what others are doing around the world,” said Odd I/O‘s Vivek Mano, who won the Indiegogo Crowdpleaser Award in addition to the Lean Startup Award. “It’s great to know that there are so many others out there with an earnest passion for robotic electronics to make the world a better place.”

Wall-climbing robot, by Tandemech Engineering. Finalist in the Robot Launch 2014 startup competition, and winner of the Lean Startup Award, the Wilmerhale Award and the SOLID Showcase Award.

“Robot Launch 2014 is opening up a very important outlet to help identify and showcase some groundbreaking business and technology ideas, not only in the Silicon Valley but throughout the world,” said Glenn Luinenburg, a Partner at WilmerHale, a Silicon Valley law firm that works with robotics companies, and which awarded a legal startup package worth more than $25,000 USD to Tandemech Engineering, maker of wall-climbing robots.

Autopilot add-on, by DoBots. Finalist in the Robot Launch 2014 startup competition, and winner of the Best European Startup Award.

“Our goal with Robot Launch is to grow the robotics ecosystem, and the awards we’re offering are exactly what a robot startup needs to accelerate their growth,” says Andra Keay who, as Director of Silicon Valley Robotics, spearheaded the competition.

Robot Launch prizes included money, mentoring, meetings and free legal and startup services from Robohub, Silicon Valley Robotics, Indiegogo, WilmerHale, Grishin Robotics, Bosch Ventures, Lemnos Labs, Robolution Capital, and Luxr. And since exposure is so crucial for any startup that is trying to get noticed, three of the Robot Launch competitors were selected to showcase at O’Reilly’s SOLID conference last week.

Welding robot, by Robotics Technologies of Tennessee. Finalist in the Robot Launch 2014 startup competition, and winner of the SOLID Showcase Award and the Silicon Valley Robotics Award.

“It’s now easier, cheaper and faster to develop robots, which in turn means that more robots will see the light of the day,” says Cyril Ebersweiler, founder of HAXLR8R and one of the Robot Launch 2014 judges. “Putting the spotlight on those who are spear-heading the robolution is essential for supporting and encouraging entrepreneurs to go robotics. I was looking for entrepreneurs who will use robots to make a better tomorrow. Needless to say we have a beautiful winner.”
Follow Robot Launch on Twitter and stay tuned for next year’s event: @robotlaunch