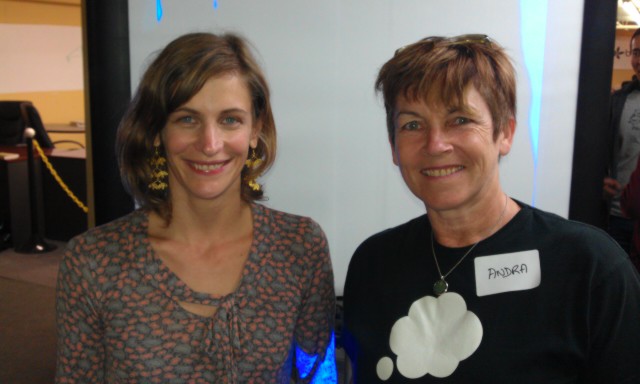 Claire Delauney’s Botiful Kickstarter campaign is in its last hours and as she crosses the funded line, Claire shares with us some of her strategies and insights into running a successful Kickstarter. (SF Bay Area Robotics Meetup) No, it isn’t always easy or #botiful, but Claire’s tips include:

Jeremy Conrad, from Lemnos Labs, had some price point insights:

This is a great tip because many campaigns that I’ve seen operate on a “we only charge what we’ll need to manufacture”. Firstly, this doesn’t leave you with any margin when shit does happen, and potentially leaves you out of pocket or your backers without any rewards. Secondly, unless you only want to make one batch of your robot, how are you going to distribute in future?

Distributors need to have a margin on top of manufacture and if you set the public expectation of your price point below the final market price, then you aren’t an attractive distribution prospect. It’s not enough to think about how to fund the project. You have to think about how to manufacture and distribute afterwards, including packaging and branding, so that future products have some tie in.

I provided an introduction to the Meetup with some Kickstarter “robot” project statistics, which I’ve scraped from their site. I’ll share a full post later on but in brief:

So, although the eyes of the world are on the stellar projects who earn $millions (and they are largely hardware or real stuff projects!), most of the action is in the tail end and rewards don’t need to be real stuff. Improving your prototyping for <$10,000 and rewarding backers with ‘love and stickers’ may be more desirable than a first manufacturing run. Plus it’s a good test of your market channels.
Also, IndieGoGo representatives discussed some of the differences and benefits of various crowdfunding platforms outside of Kickstarter. Did you know there are over 100 crowdfunding platforms globally? And of course, IndieGoGo is set up for campaigns from around the world, not just the US.
Finally, we launched the Robot Launchpad “Launchies”! Our first awards for promoting robot startups via social marketing go to: 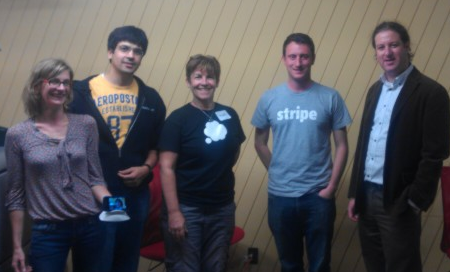 pictured L to R: Claire Delauney, Saurabh Palan, Andra Keay, Jeremy Conrad, Elad Inbar.
(The great little “Launchie” trophies are in the mail because the laser cutter is sulking over missing out.)

One Comment on “A #botiful evening at Robotics Meetup”