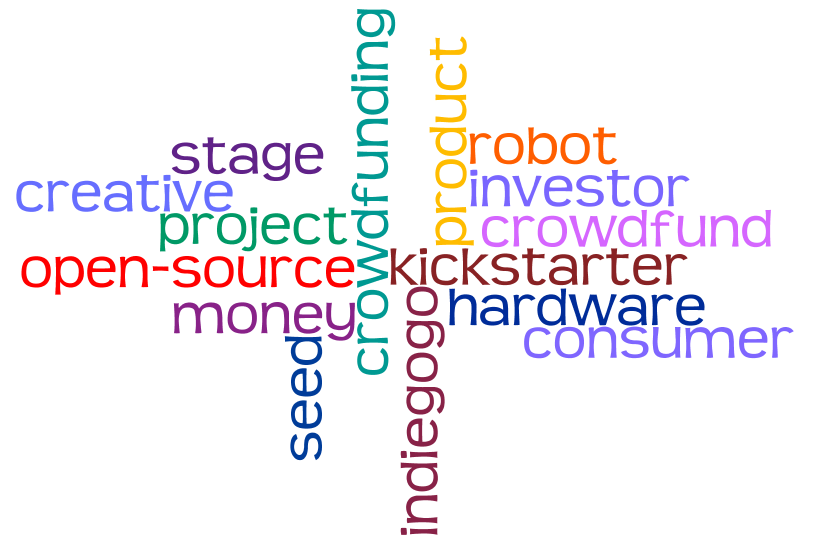 Crowdfunding is often cited as one of the mechanisms accelerating robot startups, alongside COTS, reduced costs, rapid prototyping, digital manufacturing, smart phones, connectivity etc. The entire premise of Chris Anderson’s new book “Makers: the new Industrial Revolution” is that we now live in a time when the barriers to hardware production are lower than they’ve ever been before and we are seeing a surge of hardware innovation. But while the general consensus is that crowdfunding creates a flourishing environment for startups, is crowdfunding really derisking your robot startup?

What does it look like to an entrepreneur bootstrapping themselves through the early stages? I talk to Saurabh Palan, Founder and CEO of Mighty Carma, about the process. Firstly, Saurabh has just come through a few months of intense iteration (worth a whole nother blog post or two) in which he’s talked to potential customers, changed his design, talked to potential investors, changed his design, talked to more potential customers etc.

Crowdfunding was not Saurabh’s first choice. Saurabh’s first choice was to find a channel partner, who would then invest in him directly, or make investing in him appealing to investors due to the large market potential. Makes sense on paper but takes a lot of time that rarely pays off. Paul Graham from Y Combinator has written a great post “Do things that don’t scale” touching on that issue.

Along the way, Saurabh’s company changed from being a robotics product to being a roboticist who is building a consumer automotive product. In technical terms, Mighty Carma is working on a Smartphone based Advanced Driver Assistance System (ADAS). Steve Blank has also just written a great post on how robotics companies find their MVP and prove their business model by moving away from the robots.

It wasn’t Saurabh’s second choice to go to a crowdfunding campaign either. His preferred route is still to get direct investment or perhaps to get into a hardware accelerator like Lemnos Labs, Bolt, Haxlr8r, AlphaLabs or Highway1, the new PCH International accelerator.

50% of crowdfunding campaigns fail. While there are a lot of great hardware success stories like Ouya and Pebble, it is risky for the startup/entrepreneur. There are a lot of #fails. As an entrepreneur, how many times are you willing to take the risk. How will this impact on investor confidence. See my blog posts; “Crowdfunding Robots“, “New Funding Sources for Robotics“, “3 Reasons to Crowdfund a Robot” and “A Botiful Story“. 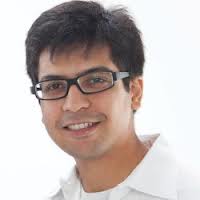 I asked Saurabh why he’s considering crowdfunding. “The cost and MVP fundamentals for the hardware are very different from the software company. It is easier to build an app, ship it and then fix what’s broken. You can easily do user testing as well as get feedback from customers who may want different things from what you have. For hardware, on the other hand, it’s very difficult to do consumer testing as we may just have couple of 3D printed, hand made prototypes.”

“Even though it’s open-source and cheap, building hardware comes at a cost. Crowd-funding allows us to show that prototype to a larger audience, get feedback as well as test if this is something people will buy, if we manufactured it. Also with crowdfunding, it is easier to test ideas, and if it fails, you have lost a few months of work and some small cash, and if it worked, you can be the next big thing.”

How will you choose a crowdfunding platform?

“Both Kickstarter and Indiegogo are great platforms. However, after the changes made to rules on Kickstarter, it is difficult to get projects approved on Kickstarter, especially if it’s a hardware project. Kickstarter fails to understand how hardware works. They expect you to show a real product, not a 3D rendering of what it would be like. It is ok to show 3D printed product as long as they also allow the renderings for what users will get. This matters a lot as without 3D the projects lack color, design details and also in some cases functionality.”

“Indiegogo on the other hand, lives and breathes hardware. They are based in San Francisco, right in the middle of the most innovative place on earth. They understand that it is very expensive to make hardware, also the chances of success is high when consumer are able to see the final product, even if it is in rendering.”

“Though Kickstarter has an advantage of wider audience and million dollar success, it is difficult to repeat the same on Kickstarter, due to their new rules. Indiegogo on the other hand is very open. You can not only show 3D, but also sell multiple units of the same product. (Approx 10,000 users bought more than 1 pebbles)”

Currently Saurabh is finalizing product design and looking for creatives to help him with marketing materials, pictures and videos for a crowdfund campaign. Many successful campaigns these days also employ marketing companies or professionals to grow customer base and create media interest. Saurabh will be searching Angel.co, LinkedIn and Craigslist for people with the skills he needs and hoping that tapping his existing networks will be sufficient for his crowdfund campaign. He expects to be going to meetups all that month, talking up his campaign, as well as approaching groups in the same space. He’s found that interest groups have been useful in giving him good feedback.

What are the benefits, outside of pre-orders, in crowdfunding?

“For innovative product, crowd-funding helps build a brand name. For example if Pebbles was not crowd-funded, Apple or Sony would have made their product irrelevant. However, due to the brand name, Pebbles is identified as the 1st on many that followed. Also it helps a great deal in raising money. (at least that’s what I have heard. One example is Romotive which did not get a single investor on demoday at Techstars, but were able to raise $5MM after $100k kickstarted campaign)”

What the risks are to you?

“If it is not successful: 1. Now the idea has become public, so competitors know what we have and how they can better it.  2. Raising money becomes even more difficult.”

What the rewards are?

“Most rewarding thing is that you get to know from the customers directly if they want this or not. Also its a great marketing tool.”

We’ll follow up Saurabh’s progress with a Mighty Carma crowdfunding campaign as it happens. It’s easy to be wise in hindsight but it’s very hard to navigate the risks and rewards in real time.