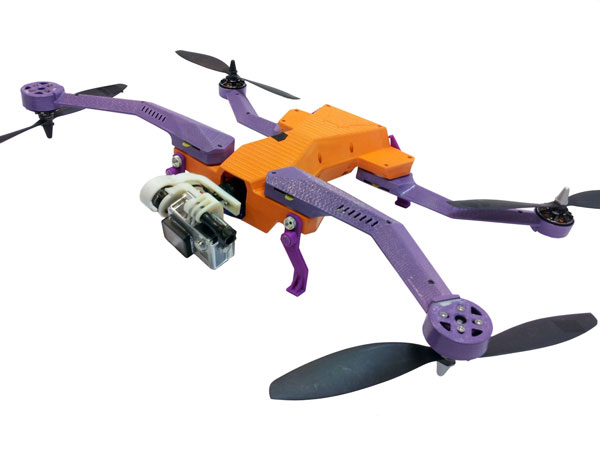 The impact on businesses of the ongoing US ban on commercial UAV operation can be seen in a snapshot of this week’s drone news. Drones are very affordable these days, and there is nothing to stop anyone purchasing a drone and deploying it for fun. But you can’t use drones in anyway for ‘commercial purposes’ in the US. That means for example, that journalists publishing drone footage are actually in breach of FAA ruling. Until recently, individuals could largely still ‘get away with it’, but a rising awareness is seeing other organizations implement bans, shutdowns or recommendations on drone use.

The organizations represent a range from realtors, journalists, first responders, sports groups and the National Parks Service. At the same time, a coalition of drone manufacturers are proactively building in features that ought to make drone use more acceptable, things like autopilots, safe flight modes, ‘find home’, parachutes, etc. Here’s a snapshot taken largely from the Center for the Study of the Drone’s Weekly Roundup.

So much critical mass around lack of commercialization in US is emerging:

The Los Angeles Police Department has halted all drone operations until regulations governing the use of the aircraft are established. The suspension comes amid public protests by members of the Stop LAPD Spying Coalition, which alleges that there is a trend toward police militarization in Los Angeles. The LAPD acquired two multi-rotor drones from the Seattle Police Department after a ban on police drones was enforced in Seattle. (KTLA5)

The National Association of Realtors has begun lobbying the FAA to develop amenable policies for domestic commercial drone use. Until the FAA opens the skies for commercial drone use, the NRT is discouraging its members from using drones for taking aerial shots of properties. (Forbes)

A NYPD helicopter and a drone almost collided over Bushwick, Brooklyn this week. “These drones pose a safety threat to aircrafts and the people on board because the pilots do not know they are in their flight pattern,” a law enforcement source said. The drone’s pilot was arrested on charges of reckless endangerment and obstructing governmental administration. (NY Post)

The Federal Aviation Administration halted the University of Michigan’s plans to use a drone to deliver the football to the first game of the season. (Bloomberg)

And yet this is what did or could happen successfully with drones – mainly not in the US.

At the Los Angeles Times, Chad Garland surveys the different ways that drones could transform agriculture.

An innovation award has been given to the two students in Australia who developed a lifeguard drone. The quadcopter uses magnets to carry a flotation device to a swimmer in need. (Spatial Source)
Researchers at Drexel University have developed a quadcopter drone that is capable of turning a valve while it is airborne. (TIME)

A drone captured aerial footage of the People’s Climate March in NYC. (Youtube)

A group of climbers used a drone to take a selfie at the summit of the Matterhorn, a mountain in Switzerland. (Ed Hardy – Twitter)

And now it just gets crazy:

Researchers from KAIST presented a flying robot at IROS2014 – a bioloid capable of flying not just a simulator but a real plane.

IEEE Spectrum looks at PIBOTs, the little humanoid robots that are being taught how to control a cockpit, and, eventually, fly an airplane.